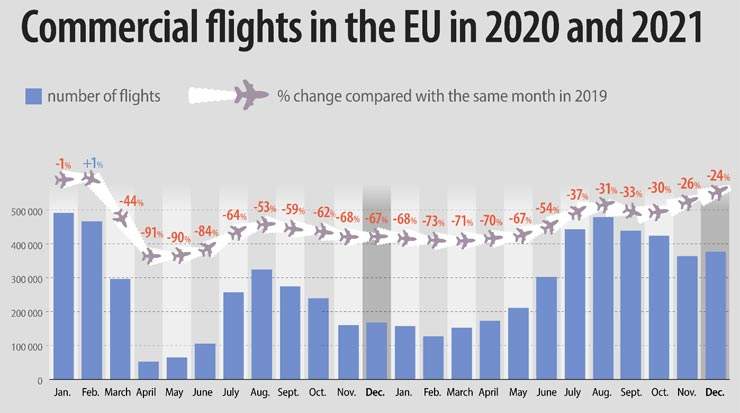 The EU countries with the lowest decreases in commercial flights in December 2021 were Croatia (-6 percent compared with December 2019), Greece (-8 percent) and Cyprus (-9 percent). In contrast, flights decreased by more than 40 percent only in Czechia and Austria (both -41 percent). The rest recorded decreases of less than a third.