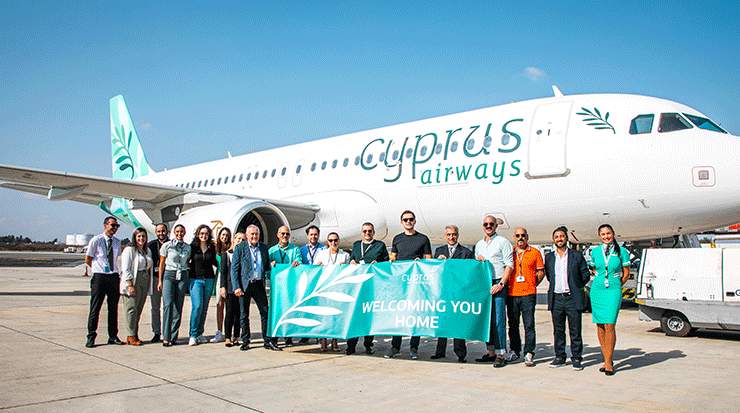 The new branding develops the iconic green olive branch, part of the Cypriot flag, on the airline’s tail fin with the text ‘Cyprus Airways’ emblazoned across the side of the aircraft making sure the Cyprus brand is seen throughout Europe and beyond.

The main pastel colours were inspired by the mood board compiled to support the brand platform and help to convey the message of relaxation, tranquility, the beauty of Cypriot dawns and sunrises and the warm feeling of the sea that surrounds the Island.

The gold line emblem of a mouflon, a wild sheep found in Cyprus and also the Cypriot national symbol, has now been placed on the plane’s engines, showing the company’s heritage.

The first aircraft, painted with the new livery at PAD Aviation Technics GmbH in Germany, arrived at Larnaca International Airport on October 21, and was greeted by a water arch and a host of guests including Civil Aviation executives and the airline’s shareholders and management.