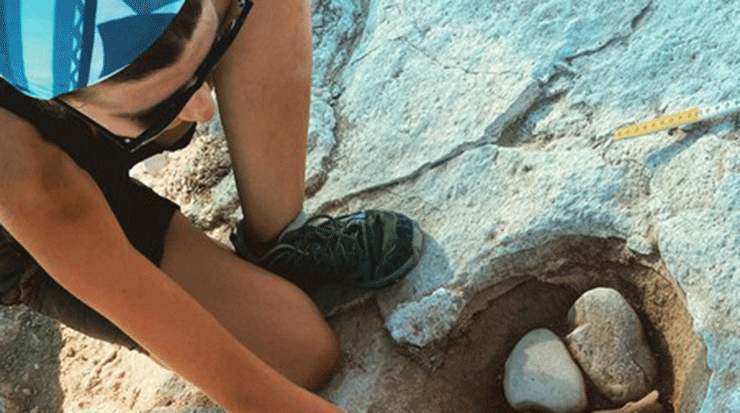 The Department of Antiquities, Ministry of Transport, Communications and Works announced the completion of the 2022 fieldwork season of the Italian Erimi Archaeological Project at Laonin tou Porakou, where an international team leaded by the University of Siena and directed by Professor Luca Bombardieri, investigated an extended area of the Bronze Age settlement located on the highest plateau on the eastern Kouris riverbank.

The research on field focused on four important areas of the Middle Bronze Age settlement, with a major aim to clear aspects of social development of this Prehistoric community.

The investigation of the workshop complex on the top of the hill confirmed that this atelier, mainly intended for the production of dyed textiles, had a pivotal role for the Erimi community. By extending the investigated area towards the southern wing of the complex, a series of two new units were fully excavated (WA IX and SA VIII).

The fieldwork season involved a team of archaeologists of the University of Siena, MA and PhD students from Italy, Cyprus and Greece, with a joint support of a topographer, an archaeobotanist of the Cyprus Institute and a team of four restorers from the Conservation School Palazzo Spinelli in Florence.

The fieldwork was carried out under permit and thanks to the scientific collaboration of the Department of Antiquities of Cyprus, in an on-going collaboration with the Direction and the Episkopi and Lemesos Archaeological District Museum staff, and with the support of the University of Siena, the Italian Ministry of Foreign Affairs and Italian Embassy in Lefkosia.