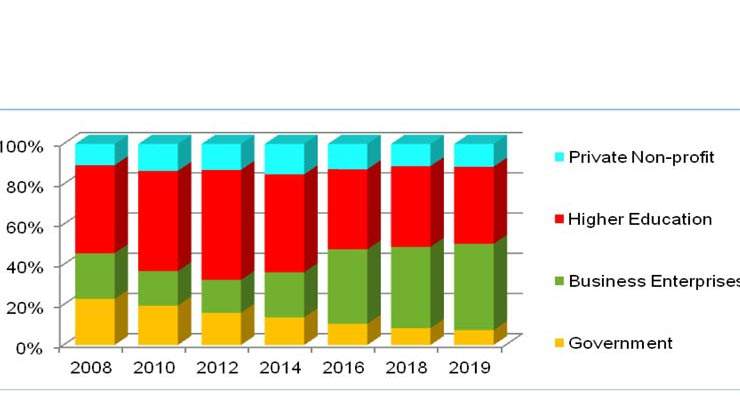 Research and Development Activity in Cyprus in 2019

On the basis of the results of the survey carried out by the Cyprus Statistical Service for the collection of data on scientific research and experimental development, total research and development (R&D) expenditure in Cyprus in 2019 is estimated at EUR164,4 million which corresponds to 0,74 percent of the gross domestic product (GDP), compared to EUR133,1 million or 0,62 percent of the GDP in 2018.

Despite the substantial increase of 23,5 percent observed in R&D expenditure in 2019 relative to 2018, the share of the GDP of Cyprus devoted to R&D activities continues to be low compared to other countries.

For example, the share of R&D expenditure to the GDP of the Member States of the European Union stands at 2,20 percent on average (ranging from 0,50 percent in Romania, 0,57 percent in Malta and 0,64 percent in Latvia to 3,18 percent in Germany, 3,19 percent in Austria and 3,40 percent in Sweden).