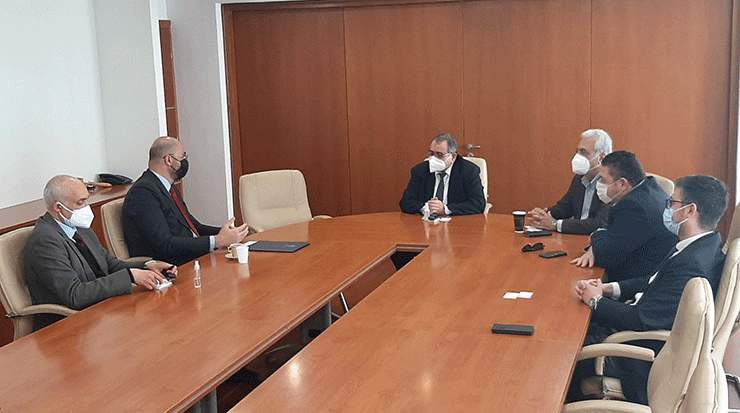 A meeting was held on March 31 at the offices of the Larnaca Chamber of Commerce and Industry  between the president, Stavros Stavrou, and a delegation of the Chamber, with the Ambassador of Israel, Oren Anolik and the embassy's commercial and financial relations officer.

In the context of the meeting, the development projects of Larnaca and the great prospects that are opening up in the field of investments, real estate and tourism were discussed.  As it is well known, some of the largest infrastructure projects in Larnaca that are being routed concern projects by Israeli investors or joint ventures with local businesses.

Particular emphasis was given to the collaborations of private companies of the two countries in the fields of innovation, high technology and start-ups.  At the same time, it was agreed to explore to a greater extent the possibility of Cypriot companies participating in such projects in the neighboring country.

Stavrou mentioned that Larnaca has always had close business ties with the Jewish community and is a preferred area for investment and accommodation.  He added that they exchanged views with Anolik to further improve the trade ties as well as the cooperation between the companies of Larnaca and Israel.