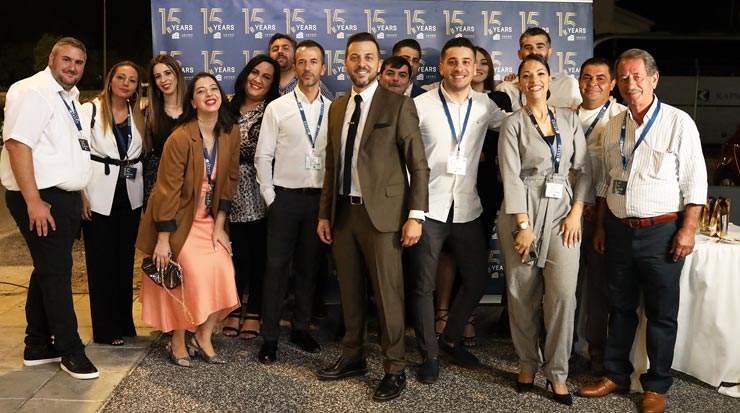 A wonderful evening was held September 17 at the headquarters of Seven Property Group, celebrating the organisation’s grand opening of its brand new, modern offices, as well as celebrating its 15 years of successful presence in the property industry in Cyprus along with staff, customers, partners and friends.

The event was honored by the presence of Andreas Vyras, mayor, Larnaca,  Evangelos Evangelidis, mayor, Aradippou, MPs, associates and friends of the group.

Both mayors referred to the professionalism and hard work that has resulted in the success of the CEO of the group, Vasilis Artemiou, and hoped to see a further expansion of the group in other cities. Specifically, the Vyras stated that with the movement of the gas tanks in Larnaca, new horizons are yet to be presented in the city of Zenon and pointed out that with people Artemiou, these horizons will become even bigger.

In his speech, Artemiou referred to the company’s history and that this year has marked an important milestone for the group and stressed how through hard work has been able to become established as one of the most reliable property services companies in Cyprus. In closing, he stressed that the cooperation of the state, local government and the private sector is necessary for the development of Larnaca.