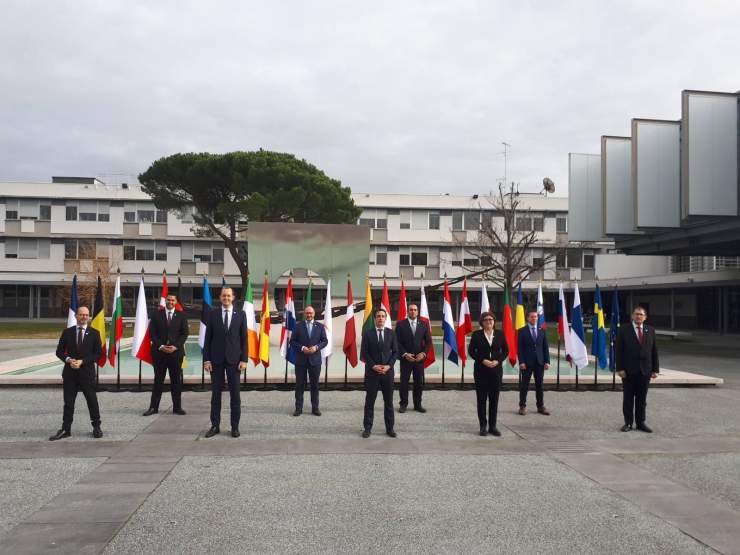 Giannis Karousos Participated in the Air Transport Summit in Toulouse

Giannis Karousos, Minister of Transport, Communications and Works, Cyprus, on February 04, participated in the Air Transport Summit held by the French Presidency of the EU, in Toulouse.

The main issues on the Summit's agenda were the resilience of aviation in the context of the COVID-19 pandemic, as well as the need to reduce the sector's carbon footprint.

In his speech during the Summit, Karousos referred to the effects that Cyprus has been experiencing in recent years, as an island state in the Mediterranean, due to climate change. At the same time, the he explained that Cyprus depends on air transport for its connectivity with other countries, noting that, in combination with the tourism sector, air transport accounts for 20 percent of the country's GDP.

For these reasons, continued Karousos, Cyprus supports the ambitious carbonation plans, as they, "will allow the long-term sustainable development of aviation and our economy as a whole.  These plans, however, must also ensure a socially just transition for all states, taking into account the specificities of island and peripheral regions, which depend mainly on air connectivity."

Finally, referring to the Declaration on Air Connectivity, the minister of transport underlined that it outlines the main pillars that should guide our future actions on the issue. 13 European countries are already in the process of elaborating the provisions of the declaration and very soon Cyprus will be able to announce the holding of the Conference on Air Connectivity, which is expected to take place in early April in Cyprus.