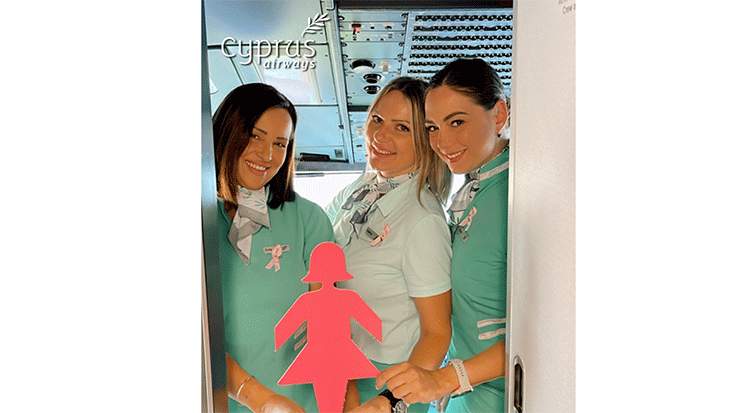 October is Breast Cancer Awareness Month, an annual international health campaign organised by major breast cancer charities every October around the world. The aim of these campaigns is to increase awareness of the disease and to raise funds for research into its causes.

As part of its Corporate Social Responsibility Programme, Cyprus Airways has teamed up with Europa Donna Cyprus to support this noble cause. During the month of October, Cyprus Airways staff members, including ground and cabin crew, will be wearing pink ribbons in support of this cause.

Europa Donna Cyprus is a voluntary non-profit organisation and has been active in Cyprus since 2002. Its mission is to raise awareness and support patients and families passing through the trauma of cancer.