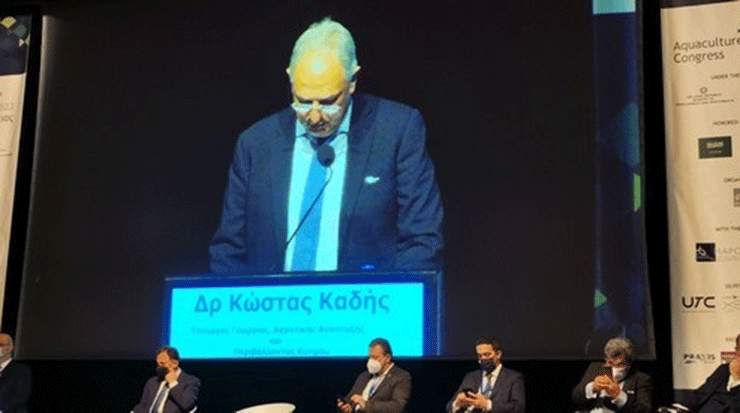 Cyprus’ Participation in the International Conference on Aquaculture in Athens

Costas Kadis, minister of agriculture, rural development and environment, Republic of Cyprus, participated as a guest speaker at the conference on ‘Challenges and Prospects for a blue - green aquaculture’, held in Athens on April 15-16.

Speakers at the conference were high-ranking guests, including the prime pinister of Greece, Konstantinos Mitsotakis, the vice president of the European Commission, Margaritis Schoinas, the minister of finance of Greece, Christos Staikouras, the minister of rural development Greece, George Georgantas, the governor of the Bank of Greece, Giannis Stournaras, while also distinguished speakers from dozens of countries participated.

The conference highlighted the dynamics of the fish farming sector, which is one of the fastest growing food production activities in the world. The contribution of the sector to food security, the creation of new jobs, the enhancement of the prosperity of local communities as well as the offer to consumers of products that are affordable, have a low carbon footprint and are characterised as high quality and high nutritional value.

Kadis, in his greeting, stressed the importance of the aquaculture sector, emphasising that it is a key pillar of both the European Common Fisheries Policy and the Blue Economy. After presenting information on the importance of aquaculture at global and European level, he provided data on the situation of the sector in Cyprus.

Specifically, he stated that the activity of aquaculture in Cyprus represents, both in quantity and in value, more than 80 percent of the national production of fishery products. It is the third most important export product of the wider primary sector, after halloumi and potatoes, conquering more and more markets in recent years. He pointed out that this is not accidental, since, admittedly, the Cypriot aquaculture, produces products of very high quality and nutritional value.