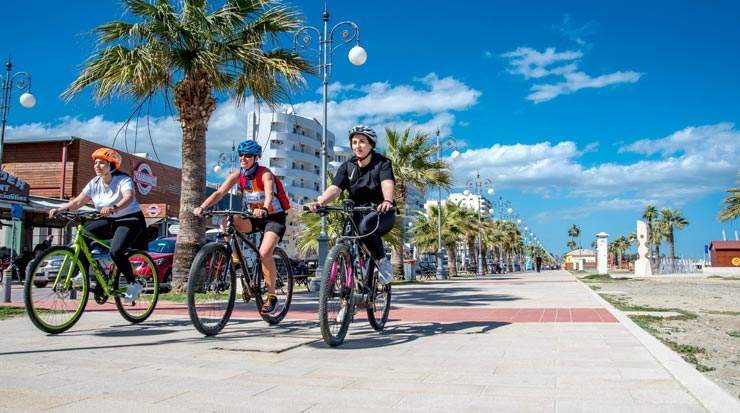 Larnaca Tourism Board has digitised and revised the Thematic Bicycle Routes of Larnaca, with the aim of encouraging sustainable mobility.

Larnaca is suitable for cycling, for a number of factors including the morphology of its soil, its good climate almost all year round, and the variety it has in attractions and reference points.

These routes are posted on the website of Larnaca Tourism Board at the link http://larnakaregion.com/page/thematic-cycling-routes and in the electronic application komoot which is a popular program for cyclists.

The way the routes are presented is very informative and includes the proposed paths on the map, distances, altitude differences, degree of difficulty, the type of bike recommended to use as well as the various points of interest that each route covers.

The eight Thematic Cycling Routes of Larnaca are the following: